Will Trump Really Change the World? 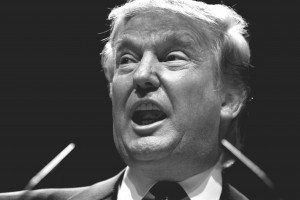 Donald Trump has long touted himself as the ultimate dealmaker (he even wrote a book entitled “The Art of the Deal”), but how will this self-professed talent affect the world?

Trump’s largest obstacle most probably comes in the form of his Russian counterpart, President Vladimir Putin.

The US-Russia association is on a pivotal position between progress and failure. This is more so than at any time since the fall of the Berlin Wall and the collapse of the Soviet Union. With an Islamic terror organisation currently ripping through the Middle East and attacking European capitals with growing devastation, America and Russia need to act in unison. Both leaders have vowed a strong approach against the insurgent caliphate that is terrorizing both the Middle Eastern countries it occupies and the Western nations it targets. However, this may not solve the problem.

It is pertinent to note that ISIS thrives off of instability and will be able to effectively adapt to changing circumstances.

Following the attack on Paris late last year, Putin launched airstrikes in Syria. This was the first time that Russia had engaged in major military action outside the former Soviet Union, since the end of the Cold War. The airstrikes and an intensive bombardment of Aleppo in February prompted tens of thousands of Syrians to flee. Unfortunately, tens of thousands of refugees serve to create more instability.

It seems that Vladimir Putin’s landmark military intervention in Syria, ostensibly aimed at hurting Islamic State, may not have helped. One other effect that Trump and Putin need to hash out between themselves is the fact that this action helped to keep Bashar al-Assad in power, separating and exasperating the international community. According to activists, it has also claimed the lives of more than 1,700 civilians.

It is into the murky depths of this divided international community that Donald J. Trump steps into as the future ‘leader of the free world’.

Whilst his predecessor, President Obama, has had long-standing human rights commitments that occasionally cause friction with the Russians, this may not be such a problem for the President Elect. It is arguable that a civilian death toll and hard-line approach will not be a distraction for the man who referred to Mexican immigrants as rapists, drug dealers and murderers. The Russo-American relationship, and more notably that of Obama and Putin, ran into a particularly frosty patch over the Crimean Peninsula in 2014. Following Russian military intervention in Ukraine, a large number of countries imposed trade sanctions, namely the U.S., which has contributed to a Russian financial crisis. Regardless, Putin won his war in the Ukraine with the annexation of Crimea and the de facto capture of eastern Ukraine, which lies on the borders of NATO and the EU.

However, an unlikely friendship may just be formed. Trump has said; “I have always felt that Russia and the United States should be able to work well with each other towards defeating terrorism and restoring world peace, not to mention trade and all of the other benefits derived from mutual respect.”

By extending a friendly hand to Russia, President Trump’s favourable approach might indeed prevent the world from facing another Cold War. The Cold War, for all its horrors, did at least give the world a rigid system of good vs bad, West vs East, and right vs wrong. However, as the years have gone by, these lines have eroded and there has been a decrease in US dominance. This may lead to a power struggle for supremacy that could have catastrophic effects. Throwing China into this mix, a nation that Trump has regularly verbally attacked), how will the growth of Russia sit with the People’s Republic?

In a similarly depressing vein, Trump has been no friend of Human Rights – at an Ohio rally during the Presidential campaign Trump renewed his praise of waterboarding, which was banned by the Bush administration in 2006 as both potentially illegal and ineffective. “What do you think about waterboarding?” Trump asked the crowd, “I like it a lot” he worryingly asserted, and proceeded to add “I don’t think it’s tough enough.” If the support of tactics that even the Bush administration thought were to extreme is not enough to set off warning bells in the minds of liberals, then Trump’s last comment certainly will. In the most common method of waterboarding, the captive’s face is covered with a cloth, and the subject immobilized on their back whilst water is poured onto the face causing an almost immediate gag reflex and creating a drowning sensation for the captive. This causes extreme physical damage and needless to say long lasting psychological problems. However, Trump does not think that this illegal form of ‘enhanced interrogation’ is enough.

Barack Obama has in recent years, although not flawlessly, run a tight ship with regards to international relations. One of his most important roles during his 8-year shift at the helm has been to check Russian power. Looking into the future, it is indeed possible that human rights violations result from this potentially new Russo-American friendship.

Donald Trump has made no secret of his admiration for strong political leaders such as Putin. While the two speak the “same language,” conflicting interests could still pull them apart, most obviously over dealing with ISIS in the Middle East and the support of Syrian President al-Assad. Trump will also face stiff resistance at home, where prominent Republicans like Senator John McCain denounce the Russian bombing as “barbaric”.Aside from these circumstantial divisions, one big factor that could prevent the formation of a friendship is the fact that both Russia and America still seek to dominate on the world stage.

Perhaps, the best we can realistically hope for in the next few years is for no change whatsoever. In the words of former MI6 Chief Sir John Sawers, “the world has always seemed to be on a cliff edge, but we are yet to have completely fallen off”.