A Centre Without a Future? 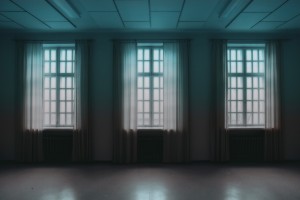 Amongst other things, 2016 will be remembered for the passing of so many much-loved celebrities. David Bowie, Alan Rickman, Terry Wogan, Prince, Victoria Wood, Ronnie Corbett…the list goes on. Yet have we also seen the death of something far more significant?

This year has potentially seen the demise of the centre ground of British politics, as highlighted by the Brexit vote. The Leave campaign’s victory represented an immense desire for change and a direct shift away from the centre. Voters on both sides of the spectrum felt that mainstream, moderate politics was not tailored to their interests and was not producing the Britain they wanted. The Remain campaign misjudged the mood of the electorate, making the fatal error of relying on intimidating facts and statistics. There merely fuelled Leave’s accusations of unpatriotic scaremongering. The further one strays from the centre, the more powerful emotion and rhetoric become. Such powerful rhetoric, together with the exploitation of existing prejudices over immigration, globalisation and sovereignty, as well as the vague promise of an independent self-centred Britain, swung the vote.

In their desperate attempt for change, the British voters flocked to the left or right, leaving a large gaping hole in the centre. This black hole swallowed up some of the most prominent centrist politicians of recent years: the downfalls of David Cameron, George Osbourne, and Tony Blair were all symbolic of how detested moderate politics has become. Instead, it was the more extreme figures of Nigel Farage on the right and Jeremy Corbyn on the left who rose to distinction, with the Liberal Democrats still being very much a party on the periphery. The centre finds itself voiceless as it is constantly being silenced by the dangerously influential right-wing newspapers that outrightly reject anything even remotely moderate, branding alternative views as ‘socialist’, ‘deluded’, and ‘unpatriotic’.

As recently as last year, the Conservatives used a more centrist message to great effect in the general election. With a manifesto that encouraged, and promised to reward independence and aspiration, they displaced Labour as the party of working people to secure an unexpected majority.

However, despite the numbers of aspirational British voters who generally voted Remain, and they were still outnumbered. Farage called Brexit ‘a vote against the big businesses’, yet it was also a vote against metropolitan life. The ambitious, socially mobile students and young professionals who overwhelmingly voted Remain are detested by Brexiteers. For them, they are a sign that Britain is going in the wrong direction, a symbol of the modern world of globalisation. The fact that they live in London and other major cities, the fact that they work in the tertiary and quaternary sectors, the fact that they are willing to welcome foreigners to these shores, are all factors that mark them out as different and dangerous.

Leave voters saw that the country favoured these sorts of people, and rather than seeking to change with the times and adapt to this new world, they rejected it completely. They voted for a return to ‘the good old days’, a Britain in which a quiet, comfortable life is more desirable than opportunity, a Britain that is treasured not for its economic strength or cohesive society but for its preservation of tradition and uncompromising attitude towards foreign influences.

These ideas are most commonly associated with UKIP’s right-wing populism, yet the collapse of the centre is also due to the Labour party sliding further left than in decades. While the ministers urge the party to re-adopt the New Labour ideas that sparked their greatest triumph in 1997, this simply will not gain the support of Labour members who backed the unashamedly socialist Corbyn over more moderate candidates. This is a symptom of how stale centrist policies have become. After years of ‘same-old, same-old’ politics in which Labour was accused of becoming ‘Tory-lite’, the centre-left policies of Owen Smith were hardly a breath of fresh air. Instead, Labourites turned to Corbyn, a candidate who made no secret of his contempt for austerity and enthusiasm for traditional Labour ideas such as nationalisation, unionism, and social change. In a sense, the Labour and Conservative parties were both so desperate for victory that they abandoned their unique identities. They attempted to appeal to everyone and anyone in the hope of outflanking the Opposition. Yet this finally backfired this year as voters declared they wanted a return to more traditional policies, as shown by Corbyn’s popularity.

So can the centre come back from the dead? It is surely not gone forever, yet a lot needs to happen before it can return to politics. Firstly, it needs its voice back. The centre requires a party that clearly stands for centrist values. Ideologically, this would most likely be the Liberals, yet they may never again be a significant force after last year’s election. There appears little chance a Labour victory until Corbyn is gone, which given his huge popularity with Labour members and the younger generation, is unlikely to happen any time soon. The Conservatives would be the most likely candidate, especially as Theresa May attempts to broaden the party’s appeal to the working-classes. Yet her message of ‘an economy for everyone’ is not enough to convince an electorate that wants hard change in the shape of a quick exit from the European Union, an electorate that now views border control as a priority over economic prosperity. Indeed, many do not trust Theresa May any more than they trusted David Cameron, and the party must shake off its associations with ‘the establishment’ and out-of-touch politicians before it can win back disillusioned right-wing voters.

Even if one of the major parties does take up the centrist gauntlet, they need to be savvy with their policies and rhetoric. Promises of economic opportunity will only convince the population if they are accessible to all, regardless of their age or where they live in the country. A strong centrist party must also be prepared to talk openly and unapologetically about uncomfortable topics such as immigration, integration, and religion, otherwise voters will feel that their concerns are being ignored. Aside from policies though, this party must understand how the political climate has changed and must learn to adapt accordingly. The centre has traditionally relied on cold hard facts and logic to win over voters, yet the Brexit outcome showed that these tools are now less effective than appealing to the emotions of voters. The focus must be on British interests and the rhetoric has to be patriotic in nature. Otherwise, voters will listen to the nationalist bile of the tabloids instead. Above all though, the policies must be fresh, innovative and must promise real change. In order to defeat the current populist movements, the centre must match them in terms of strength of identity. The Left and Right despise have torn themselves even further apart, opening deep divisions in British society, between the young and the old, the North and the South, the urban and the rural. This polarisation has left a vacuum in the middle. The centre ground that for so long has been the epicentre of British politics, is now a wasteland. When will we see its rebirth?