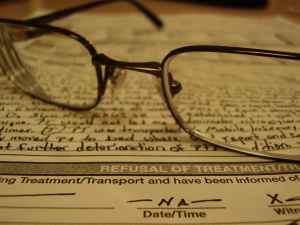 One in four Britons suffer from a mental health problem at some point in their life, according to a study published in The Economist. The impact of intellectual and psycho-social disabilities on society is felt in all countries across the world, and in a way that is more widespread and profound than many may realise. Legalistically speaking, the challenge to uphold the rights of those with these disabilities is important. Indeed, the law can serve as a powerful tool to guarantee the inalienable rights of those with mental disabilities, and also as the basis of enforcing them. In a nutshell, this is the credo of the Mental Disability Advocacy Centre (MDAC). This NGO, formed relatively recently, is worth our attention because of the expanding impact of its work across the globe in tackling obstructions to justice for the mentally disabled.

The Centre has a connection with the University of Nottingham’s School Of Law through Professor Peter Bartlett, who has played an instrumental role in the MDAC’s development, serving on its Board for six years—four of which was as Chair. For Bartlett, at the core of MDAC’s progress is the reality that mental health is becoming an increasingly important human rights issue: “This is something international law can no longer ignore”, he says. Mental health policy and practice is an incredibly contentious subject for governments and so MDAC assumes the difficult task of “taking on the whole world”.

Founded in 2002, MDAC already has its foot firmly in the door in Africa and Europe, where it uses strategic litigation, advocacy, research and capacity-building to secure respect for the rights of citizens with mental and psycho-social disabilities. It also co-operates with various UN bodies and international NGOs.

What Does MDAC Do?

MDAC’s work centres around its core aims of providing people with mental disabilities with legal capacity, community living, freedom from ill-treatment, inclusive education, access to justice and political participation. All of these are necessary for those with disabilities to effectively advance their human rights.

Indeed, right to legal capacity has been at the heart of MDAC’s agenda since its inception. People with mental disabilities are often stripped of their right to make decisions about their own lives and are subject to substituted decision-making. It is a legal mechanism that seems to allow for the preservation and concealment of these abuses. To combat this, MDAC is asking for a legal protection of autonomy, an end to plenary guardianship, and in its place, the introduction of supported decision-making.

Over the years, MDAC has taken a strong stand against the large-scale institutionalisation of people with disabilities. Often these institutions are large and remote with many existing to warehouse rather than rehabilitate. Indeed, conditions unacceptable for human habitation are still unwelcome realities. MDAC is arguing for their replacement with community-based support, and a legal right to live in the community. Over the years MDAC has challenged unlawful detention in psychiatric hospitals, physical and chemical restraints, and seclusion, investigating ill and forced treatment allegations.

Additionally, MDAC is calling for a legal right to inclusive education and the end to segregated schooling. A disproportionate number of disabled children have no formal education, and for children who do attend schools it is likely they will attend special or segregated educational establishments, often with lower standards, possibly situated long distances away from their families.

What Can You Do?

The information you have just read is only an introduction to an article series. Its authors intend to give readers an idea of the challenges facing this particular field of international human rights law; your awareness is crucial to the overall advancement of human rights for the mentally disabled. We hope you will look out for the next article in the series, to be released next week.