As one of the most secretive countries in the world, it is hard for an outsider to get a true picture of what life is like for the average North Korean. Coverage of the country’s affairs in international media predominantly focuses on the state’s nuclear ambitions, its frequent scuffles with its southern neighbours, and its policy of imprisoning foreign individuals who appear to threaten its regime. The limited press coverage that is available of the lives of North Korean citizens paints a harrowing picture.

The most severe reports cite torture, slave labour and public executions as daily realities. Human Rights Watch states that more than 200,000 citizens, including children, live in prison camps where many die from forced labour, abuse and inadequate food. Abortions and infanticides are commonplace. Yet, even for those not subject to the state’s most brutal treatment, living conditions can be severe. Aid agencies estimate that as many as two million North Koreans have died in the last two decades due to food shortages. Whilst the government of North Korea may proclaim self-sufficiency, the truth is that many of its own citizens struggle for basic resources.

Arbitrary arrest and lack of due process make the criminal justice system a weapon of suppression for the powerful. Yeonmi Park, a North Korean defector, recounts watching, as a child, her best friend’s mother get publically shot by firing squad. The crime she had committed was watching South Korean films and lending the DVDs to friends. Such severe punishment ensures no dissent against the government and alongside the lack of an independent media and the suppression of religious freedom, the state controls all aspects of its citizens’ lives. Human rights violations are occurring across all sections of North Korean society.

Such brutal suppression and human rights abuses raise two key questions. Why there is so little revolt from North Korea’s own citizens, and what has been the international community’s response?

It is difficult to get a true picture of the level of revolt within North Korea’s borders, but it is clear that any rebellion is quickly suppressed. The totalitarian regime rests on complete obedience. This obedience stems from the ingrained cult personality of the Kim family, as well as the quick response of the authorities to crush any dissent. The conditions in North Korea do not, therefore, seem ripe for revolt. Alongside the leadership cult and fear of punishment, information on the outside world is so tightly controlled by the government that citizens are simply unaware of the possible alternatives. 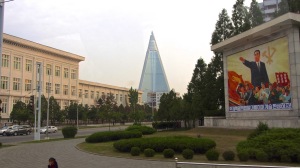 The international community, however, has been vocally active in criticising North Korea’s human rights record. In February 2014, the United Nations published a detailed report after a year-long investigation into human rights violations. North Korea declined to assist in the investigation stating in a letter that it “totally and categorically rejects the commission of inquiry”. In practical terms this refusal presented the UN with a significant hurdle to obtaining a truly accurate picture of life inside the state. However, the UN was able to obtain first-hand testimony from defectors and experts through public hearings, confidential interviews, written submissions, and official visits. The fear of many witnesses to the consequences of testifying illustrates the ingrained terror of the North Korean regime.

The main findings of the report were that systematic, widespread and gross human rights violations have been and are being committed by North Korea. In many cases, these violations amount to crimes against humanity. The main perpetrators are state agencies, ranging from the Army, the governing Workers’ Party of Korea, and even the Supreme Leader of the Democratic People’s Republic of Korea himself. Without needing to repeat the exact findings in the report, the overall conclusion is powerful enough; North Korea is responsible for crimes against its citizens that “shock the conscience of humanity”.

The UN shared its damning findings with North Korea, urging punishment of the perpetrators and substantial reform. Despite refusing to cooperate in the investigation, North Korea has not been silent to these severe accusations. In September 2014, it published a rebuttal report asserting that its citizens “enjoy genuine human rights” and that upholding state sovereignty is the key to human rights protection. It claimed the UN report was a product of a US-led conspiracy. It is clear that despite powerful international condemnation of its treatment of citizens, North Korea continues to be as protective of its current regime as ever. What this means for the average North Korean, is that as long as this regime continues, life will continue to be a constant struggle.