Sampling involves the incorporation of one or more sound recordings into one’s own new recordings. It can create hits such as Bootylicious (using Stevie Nicks Edge of Seventeen), or Tears Dry On Their Own (using Ain’t No Mountain High Enough). Without prior permission, however, sampling can constitute a copyright infringement. This includes the original sound recording and the performances within it, as well as in the underlying music and lyrics.

Some argue that there may also be an infringement of moral rights. Civil law has traditionally been much more concerned with the natural rights of authors in their creations than common law systems. Yet one cannot help but sympathise when, for example, Queen and David Bowie’s creative integrity took a beating with Vanilla Ice’s Ice Ice Baby sampling Under Pressure. Yes, it’s a guilty pleasure. And yes, the current copyright mechanism arguably rectified any creative wrong when they later received royalties. However the market does not always reward the person who expended the effort and exercised their skill and judgment in the work.

The 1983 hit Every Breath You Take by The Police spent eight weeks at number one on the Billboard Hot 100. It is even said to earn Sting over £1,000 in royalties every day. He took full credit for the songwriting, though, leaving drummer Stewart Copeland and guitarist Andy Summers copyright-less. They were not going to be alone in the ‘bitter and regretful’ club for long either; in 1997 Puff Daddy (aka P Diddy, aka Diddy, aka Sean John Combs) released I’ll Be Missing You as a tribute to The Notorious B.I.G. The Grammy award-winning song used an interpolation of the chorus of Every Breath You Take sung by Faith Evans. An interpolation is a re-recording of a melody, often with different lyrics, rather than a direct sample. With sales of over eight million, the rap ballad is one of the best-selling singles of all time.

Unfortunately it seems to be intellectual property lawyers that Diddy was missing. Bad Boy Records had failed to obtain Sting’s permission to sample the song beforehand. Sting was therefore able to claim 100% of the remix’s publishing royalties, and either he or his estate will be able to do so until 2053 under British copyright law. Given that the guitar riff plays a central role in the hip hop version, it is understandable that Andy Summers has described the song as “the major rip-off of all time”. Even when artists are economically rewarded, they may feel that they deserve non-financial credit and praise for their work.

On comedian Chris Rock’s suggestion, producer Rick Rubin sampled six songs to create Jay Z’s hit 99 Problems. One of these was Ice-T’s track of the same name which contained the infamous hook, “If you’re having girl problems I feel bad for you son, I got 99 problems but a b***h ain’t one!” Ice-T and his producer were credited with writing the song and rightfully earned royalties on Jay Z’s version. Yet Ice-T has revealed his disappointment in noting that:

“Jay Z went through all the correct procedures. He didn’t steal the record. He paid publishing. But you never heard him say, ‘It’s Ice-T’s record.’… Why Jay Z never said, ‘This is Ice-T’s song,’ and showed me some love, I don’t know … I would have handled the situation differently. If I use your music, I want to let people know … That’s just what you should do.” 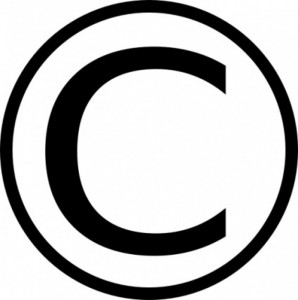 In seeking to balance copyright protection with the promotion of creativity, innovation and the public dissemination of works, it should be noted that many artists are flattered when they feature on a peer’s track. For example, Ellie Goulding tweeted, “Honestly been trying to play it cool but Drake and Jay Z sampled [the hook from Don’t Say a Word] on Pound Cake”.

Creative Commons (CC) is a non-profit US organisation which aims to increase the creative works available to be built upon and legally shared. CC licences allow creators to communicate which rights they wish to reserve and which rights they are happy to waive for the benefit of the public and other artists. This instead offers greater autonomy to individuals and avoids establishing a blanket rule. They also avoid what Stanford Law Professor Lawrence Lessig sees as “a culture in which creators get to create only with the permission of the powerful, or of creators from the past.” Indeed, the U.S. Court of Appeals for the Sixth Circuit’s strictly affirmed a copyright owner’s exclusive rights in holding that a two-second guitar chord which had its pitch lowered and was looped five times in N.W.A’s 100 Miles and Runnin infringed copyright.

Other commentators have suggested reform which would allow certain reuses without permission where derivatives are highly transformative and do not impact upon the primary market of the copyright owner. Although most artists now obtain authorisation prior to sampling through ‘clearing’, these alternatives would prevent new artists who lack the resources to pay an up-front fee from being severely restricted in their ability to create, sample and build upon existing sound recordings.