The Polish Constitutional Crisis – Why It Matters 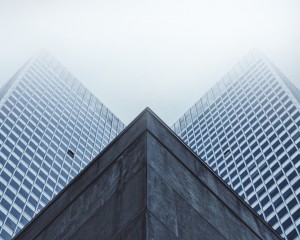 In October 2015, the conservative Law and Justice party (PiS) won the parliamentary elections in Poland. Prior to stepping down, the predecessors, the centrist Civic Platform, nominated five judges to the Constitutional Tribunal. This is the high court supervising compliance of state institutions with the national constitution.

The Constitutional Tribunal consists of 15 fully independent judges and it is arguably the most important institution overseeing the rule of law in the country. Upon election victory, PiS nominated its own judges, deeming the previous nominations as unconstitutional. Statutory changes were also introduced to make the process more efficient and to stop the court itself from intervening. However, the Tribunal’s judgement that deemed the statutory changes unlawful was subsequently ignored and went unpublished by the government.

Conservative political parties, with similar agendas to the Polish PiS, are gaining ground in elections throughout most of continental Europe.Whether or not these groups will follow the same policy direction remains unclear. It is common, however, for different parties to follow the models of their foreign counterparts. For example, PiS, draws a number of its political doctrines from the Hungarian Fidesz and vice versa. The issue does not lie in whether or not the choice of action of the Polish government was right or wrong. Rather, heart of the matter is in the consequences of such decisions as they may mirror the course of action of numerous states in the near future.

A source of the problem may lie in the difference in approach taken by the aforementioned political groups towards constitutions and more generally, towards the law. The problem is usually not the law itself. In fact, conservative parties are often among the strongest advocates of maintaining the law. The issue lies in its position and its functions within the state.Law is aimed at creating ‘traffic’, as a tool scrutinising the executive and legislature. This ‘traffic’ means time, which all political parties cannot afford due to the need to implement political promises. As a result, political groups may be tempted to avoid the lengthy judiciary procedures. A major obstacle is the Constitution. The solution to this is a reinterpretation of the constitution, where its adjustment is a recognition of inferiority to the democratically elected government. It is easier to amend the Constitution than it is to change the law.

These amendments can be assessed both ways. On one hand, they can potentially become infringements of the sacred legal principles in the long term. This principles include the rule of law or separation of powers. The Rule of law, for example, is established in article 2 of the Polish constitution. The vacuum created by the absence of these principles could potentially be filled by the expanding and more arbitrary branches of the legislative and executive. However, this is also a potential threat to individual rights, which are maintained by the balance of power. Furthermore, uncertainty and unpredictability of the law in also increasing. This scenario would destabilise the country’s democracy and the majority of international organisations, such as the European Union, which was built on the pillar of the rule of law.

The Copenhagen Criteria, stating the requirements for countries to fulfil in order to join the EU, also identifies the rule of law as a key element and requirement of European integration.By rejecting the underlying legal principles, decades of international integration would be in peril. Also, an international conflict of interest would be more likely, since the agendas of states will prioritise self-interest rather than compromise. All these changes would lead to further polarisation of political climate. In such a model, the vulnerable minority will have no means to object to the changes introduced, where some of these changes could violate their rights.

On the other hand, all of the described changes can be interpreted as a positive and natural evolution of democracy. The position of the constitution would simply be inferior, rather than superior, to the government, while it would still exist firmly in the system. It would nonetheless be hard for some to accept that the constitution is no longer “the act […] of a people constituting a government”, but “an act of the government”. By imposing fewer restraints on the government, it could function more efficiently and fluently in domestic circumstances. This would require social trust and stability, but it should have a positive impact on the flexibility of the whole system. Furthermore, a regulated constitution allows for a regulated judiciary. Such a body be able to reflect the majority in society. In these circumstances, the recent English High Court case of R (Miller) v Secretary of State for Exiting the European Union, would never be judged against the wishes of the majority who voted for Brexit in the referendum. This could arguably allow for a more direct enforcement of policies and democratic principles.

Ultimately, it does not matter if the decisions of the Polish government were sound. Rather, this remains a political question. However, the consequences of these policies, especially if they continue to follow in the same direction and if they serve to influence surrounding countries, will certainly have a significant impact on the position of constitutions. This will then also affect the position of the law in states. The final decision on the position of constitutions in the aforementioned circumstances will rest with the government alone, not the electorate. Fortunately, there is still time before any of these consequences materialise. Nevertheless, the mechanisms causing such consequences are already in motion in a number of states, with Poland being one of the clearest examples.