British Bill of Rights: A Good Idea or a Political Proposition to Appease the ‘Right’? 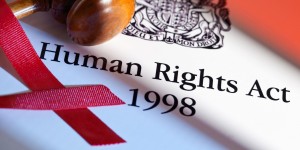 The Conservative Government has taken it upon itself to introduce a Bill of Rights and repeal the current Human Rights Act introduced by the Labour Government. This is founded on the basis that the UK has lost its parliamentary sovereignty and the ECHR has developed a ‘mission creep’. The ECHR has arguably expanded into areas that the Convention was not originally supposed to have competency legislating about but this can be interpreted as treating the Convention as a ‘living instrument’ that keeps evolving.

Since the ECHR was created in 1953 attitudes and policies have changed dramatically. If the Convention was not a ‘living instrument’ it would not be able to evolve and adapt to move with modern technology[1] or ideological changes[2]. It is essential that law is able to adapt to cope with modern issues.

However, the British Bill of Rights may have been proposed due to the difference in political opinion between the parties. It remains to be seen whether the Conservative Party’s long-standing ideological opposition to the Labour Party is a good enough reason to repeal the Human Rights Act.

The Conservative Party highlights the issue of prisoner voting as proof of the mission creep. It appears that the Commission has infringed its competencies[3] but Article 3 of the first Protocol of the ECHR gives everyone the right to vote. Therefore, the government is directly interfering with the right to vote, something that is prevented under the ECHR. The Conservatives argue that public opinion suggests that prisoners shouldn’t vote as they have committed a crime. The enactment of the British Bill of Rights may be politically motivated as it would support public opinion allowing them to enhance their political position.

The Human Rights Act prevents the abuse of fundamental rights as it gives protection to everyone’s rights including the minority on the basis that they are human beings and deserve to be respected. If you weaken one fundamental right then it becomes a very slippery slope as to which rights should be limited and removed.

The Conservatives claim the British court is being undermined by the HRA as they have to take into account decisions of the ‘Strasbourg Court’ (S.2 HRA) affecting the sovereignty and democratic accountability of the UK Parliament. S.2 is a provision that requires the judiciary take into consideration Strasbourg judgement; the courts are entitled to go against it if they wish[5]. In practice if they go against a Strasbourg decision then it will be challenged before the ECHR, where the UK will have the opportunity to present its case before the ECHR passes judgment.

The Conservatives also disagree with S.3 of the HRA which states that the UK courts must interpret legislation as closely as they can with convention rights. Some argue this interpretation distorts legislation and undermines sovereignty. S.3 acts as another . The legislation is in place to protect human rights not undermine governmental powers and we need to think closely which ought to take precedent. S.3 also highlights the issues raised surrounding the separation of powers. More importantly, if the interpretation of UK legislation through S.3 HRA can be misinterpreted this would be due to poor drafting by the legislator, which effectively points to the flaws in the legislative process.

The separation of powers issue is further highlighted by whom the judiciary would follow if the HRA were repealed as this would also sever the link to the ECHR, which would, in turn, put pressure on the UK-EU relationship. This has political significance due to the topical EU referendum. It could be argued that the EU referendum is effectively creating a smoke screen for the transposition of the British Bill of Rights. The public are so focused on the EU referendum vote that they are not paying attention to the full extent that a British Bill of Rights would have. Even though the Conservative Party say they are committed to staying in the EU this ‘backdoor’ exit would appease the right who want to leave the EU and promote nationalistic ideas.

Thus, the Conservatives have proposed this Bill without considering its full extent. It appears that the government are attempting to appease the nationalists who believe that the UK should have their own Bill of Rights. The Bill would be detrimental to the protection of human rights, paving the way for an increased risk of abuse rather than achieving the aim of protecting those rights. Our rights would be better protected if the law was let be.

[2] The changing attitudes towards same sex marriages, which were once illegal but have recently been legally recognised by the Marriage (Same Sex Couples) Act 2013

[5] “I myself think it is at least arguable that having taken account of the decision of the court in Strasbourg our courts are not bound by them”. Lord Igor Judge to the House of Lords Constitution Committee