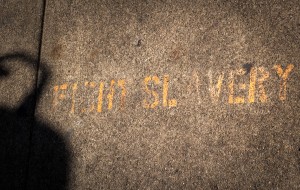 What is the Act?

The Modern Slavery Act 2015 (MSA) aims are to increase transparency in large businesses and to intensify the authority of both civil and criminal law enforcement to tackle slavery and trafficking. The Home Office published an article claiming that the

[L]egislation gives law enforcement the tools they need to target today’s slave drivers, ensures perpetrators can be severely punished, and includes a world leading provision to encourage business to take action to ensure their end-to-end supply chains are slavery free.[1]

What are the offenses?

Section 1 of the act describes slavery and servitude as ownership of a person, whereas forced or compulsory labour is making someone work with all circumstances (such as their age, or whether they have any illnesses) taken into consideration. Consent does not necessarily negate slavery or forced labour.[5] Human trafficking relates to assisting a person to travel with the aim to exploit them (the definition of exploitation being found under section 3).

How will it affect businesses?

The aim of the MSA is all about improving transparency of the work ethics of commercial organisations. Therefore, under section 54 of the act there is a requirement to produce and publish a report called the ‘Slavery and Human Trafficking Statement’. This report must contain the following:

It is pretty clear that the type of business held will greatly affect the likelihood of slavery or human trafficking being involved within the organisation. For example companies working in agriculture or manufacturing (particularly when these processes take place in other countries) are more at risk.

The Act has markedly increased the maximum penalty for the offenses under sections 1 or 2 from 14 years in prison to life in prison – demonstrating how serious the UK is taking the offense of modern slavery and trafficking.

It should also be warned that companies should not presume that once their Statement has been published that their duty is complete. Under sections 1, 2 and 4 companies can still be convicted of corporate criminal liability. The mens rea of the offence looks at whether the defendant “knows or ought to know”[7] that the offense was taking place. The inclusion of “ought” to know means that there is no duty to prove that the defendant had knowledge. This means that pleading ignorance will not be a defence.

Other achievements of the Act

Further notable achievements of the act include:

When the draft bill for the Modern Slavery Act was first introduced, lobbyists were left frustrated at the emphasis on prosecution as opposed to victim protection. Advocacy groups such as Ani-Slavery managed to vastly improve this by the time the Bill was completed, however the Bill still lacks a minimum standard for the protection that can be given.

There is still a long way to go for combatting modern slavery and human trafficking – but the Modern Slavery Act 2015 is a step in the right direction. It is true that the Bill promotes clarity and transparency in businesses that will persuade businesses to be more aware of their supply chain. The specific protections put in place to protect children is a landmark decision in legislation, however it cannot be forgotten that there is no direct provision for the protection of others who have been victims of the offenses. Further criticisms relate to the idea of extraterritoriality of slavery offences. This comes about from a loophole in the law that allows British citizens to abuse a person overseas without there being a provision that could hold them accountable in the UK.

Is the Modern Slavery Act the pioneering act it first seems to be? Overall, the main problem with the Act seems to be that it promotes the criminalisation of slavery and trafficking, rather than attempting to protect the victims. Many Advocacy groups are unhappy with the overall result of the Bill, but will it have the power to fight modern day slavery?