A right to die: the legal perspective 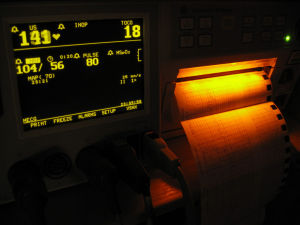 Per Lord Hope in R (on the application of Purdy) v DPP, ‘many people view legally assisted suicide as an appalling concept which undermines the fundamental human right to life itself. On the other hand there are those … who firmly believe that the right to life includes the right to end one’s own life when one can still do so with dignity.’

Following a discussion on the morality of assisted dying, we turn to consider a legal right that seeks to serve as an institutional statement of the moral values pursued. As Lord Hope stated above, society is divided with regards to the concept of assisted dying. With active proponents and fierce opponents at both ends of the spectrum, it is highly unlikely that a moral consensus will ever be reached. Further examination of the current legal status on assisted dying illustrates a largely inconsistent and inadequate approach. This issue is arguably one that should be taken beyond the walls of a courtroom to be fully addressed in Parliament.

Lord Mustill raised this concern in Airedale NHS Trust v Bland. He believed that ‘the formulation of the necessary broad social and moral policy [was] an enterprise which the courts [had] neither the means nor in [his] opinion the right to perform.’ He then continued to establish that this could only ‘be achieved by democratic process through the medium of Parliament.’ These words still remain relevant 21 years later, evidenced when Lord Falconer’s Assisted Dying Bill 2014 passed its second reading in the House of Lords on 18th July 2014. This undoubtedly further elevates the pertinence of the issue of whether assisted dying should be legalised in the United Kingdom.

Under s. 2(1) of the Suicide Act 1961 (the Act), as amended by s. 59(2) of the Coroners and Justice Act, it is illegal to aid, abet, counsel or procure the suicide of another, or an attempt by another to commit suicide. Anyone who is convicted of doing so could face imprisonment for a maximum of fourteen years. However, this clear statutory prohibition on assisted suicide is qualified by s. 2(4) of the Act. Section 2(4) establishes that ‘no proceedings shall be instituted for an offence under [s. 2] except by or with the consent of the Director of Public Prosecutions’ (DPP). The rationale for the exercise of discretion by the DPP in the application of s. 2 of the Act is explored in R (on the application of Purdy) v DPP.

It was held per Lord Hope in R (on the application of Purdy) v DPP that the DPP was under a duty to clarify ‘what his position is as to the factors that he regards as relevant for and against prosecution’. These factors would then determine, per Baroness Hale, ‘whether a prosecution will or will not be in the public interest’. The exercise of discretion by the DPP results in a case-by-case approach for assisted dying. This leads to a great degree of uncertainty. Such ambiguity should not exist in cases that involve assisted dying. Given the very conflicting nature of public opinions regarding assisted dying, a clear legal basis needs to be established and upheld.

Following the House of Lords’ decision in R (on the application of Purdy) v DPP, the Policy for Prosecutors in Respect of Cases of Encouraging or Assisting Suicide was issued in 2010. This lists various factors that tend in favour and tend against prosecution. For example, if a suspect was ‘wholly motivated by compassion’ or ‘sought to dissuade the victim’, he or she may avoid prosecution for assisted suicide. This guideline was arguably intended to bring clarity to the exercise of discretion by the DPP on cases of assisted dying. Yet it is insufficient and unsatisfactory. To operate as an effective guide, the law must be clear and consistent.

The 2010 guidelines go beyond establishing a pragmatic compromise between allowing and prohibiting assisted suicide. They indicate that assisted dying is justifiable on compassionate grounds. Surely, then, regulated assisted dying might be a much better option. The lack of clarity on assisted dying evident in statutory obligations and the common law is further compounded by legal hypocrisy on other areas of medical law. It remains legal to administer a lethal palliative drug with intent to relieve pain, notwithstanding the hastening of death being a foreseeable side effect. It is undoubtedly illogical to prohibit medical professionals from accelerating their patient’s death through assisted suicide whilst also allowing them to do exactly that through prescribing lethal doses of painkillers.

The urgent need for clarity and consistency on the legal status of assisted dying is resoundingly obvious. The time to seek a coherent legal basis is now.