The Catalan Referendum: A flash without a bang 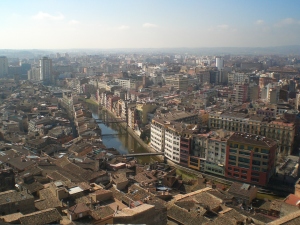 It really does seem to be independence season. Following Scotland, Catalonia is now seeking to become an independent state apart from Spain. Between the two referenda however, there is one essential difference: whilst the UK and Scottish governments mutually agreed to a referendum, the Spanish government have denied outright the legitimacy of any Catalonian referendum, while the Spanish Constitutional Court has deemed the Catalan Declaration of Sovereignty to be unconstitutional.

This rejection is worrying given the support for Catalonia from other parts of Spain. The Basque Country, with a history of independence more violent and turbulent than that of Catalonia, has publicly sided with the Catalans. Likewise, Valencian and Galician political parties have defended the referendum to self-determine.

Following the declarations of unconstitutionality, one would be forgiven for wondering what purpose the protests and referendum would serve. If Catalonia votes for independence, it is still the Spanish central government that will ultimately grant independence. Catalonia is already in a privileged position in that it enjoys more discretionary freedom than most other Spanish communities. Had the Scottish people voted yes on the referendum, then the Scottish government would have been in a position to negotiate more liberties from Westminster. However, Catalonia already has significant liberties and therefore, short of becoming an independent state, it has little to negotiate.

A disturbing, yet largely undocumented aspect of the situation is the consequences of a Catalonian refusal to comply with its competences and state obligations. Article 155 of the Spanish Constitution, in a Hunger Games-esque manner, permits the Spanish government to ‘adopt necessary measures’ to compel the autonomous community to comply. Both the vague nature of this phrase, and the Foreign Ministers acknowledgement that invoking that article might be necessary, are a chilling allusion to what Spain used to be like during Franco’s regime: totalitarian, autocratic and repressive.

Catalonia has a long history of nationalist identity and separatist thought. However, as it currently stands, the impending referendum seems to be yet another inconsequential uprising against a government who will not listen.

Cover image by Casuarez85 (Own work), via Wikimedia Commons.