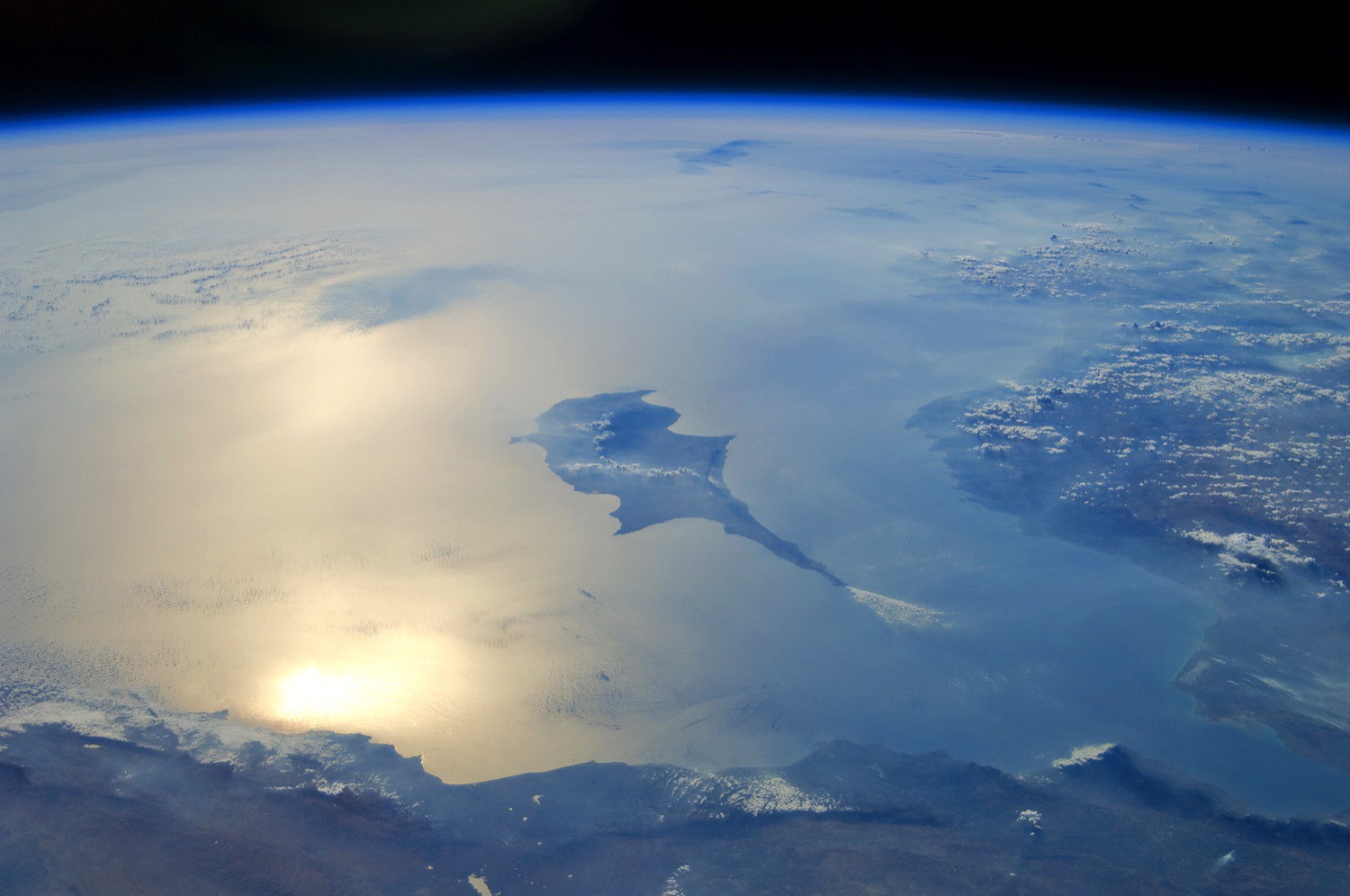 Horrific scenes of bloody children, obliterated cities and mourning families present a devastating but often commonplace image in world news today. The Middle East has been plagued with revolu- tion, uprising and civil war in recent years as people begin to realise their rights and protest for better treatment and the removal of autocratic leaders. Principles advocated by the United Nations and protected by international law have pervaded the spirit of these uprisings, therefore invoking a moral responsibility on the international community to rise and take responsibility in helping these op- pressed people realise their hopes.

In the same breath, the extent to which international law can intervene is somewhat limited if we con- sider political will, state sovereignty and the reality that foreign policy is increasingly dictated by the arms trade instead of peace. World attention has shifted to the humanitarian crisis and deadly politi- cal situation in the Middle Eastern nation of Syria, devastated by civil war. The deep crevasses in the war torn nation have been mirrored in the international community, with tensions high and vested interests in play – the question remains, what can the international community do to save Syria?

The conflict began in 2011, catalysed by the so-called ‘Arab Spring’ in which North African and Middle Eastern nations such as Tunisia and Egypt, began to revolt against decades of political repression under the dictatorships ruling their countries. An initially peaceful protest in Daraa, Syria resulted in the killing of activists ordered by Syrian President Bashar Al-Assad, spurring on a full-scale armed re- bellion. From uprising to civil war, the violence and bloodshed has only increased, with rebels forming the opposition Free Syrian Army, comprising defected ex-soldiers and armed civilians, calling for President al-Assad to leave office.

The death toll currently stands at over one hundred thousand, with thousands more displaced or missing. With accusations of mass killings, beheadings, rape, bombing and torture from both sides and with well over two million registered refugees pouring into neighbouring states, the need for basic hu- manitarian aid is substantial. The turning point for the international community was the use of chemi- cal weapons, found by the UN experts to be a nerve gas called Sarin which was launched into a civilian area killing over a thousand people, around half of those being children.The indiscriminate nature of such an attack and blatant use on civilians presents a grave violation of international norms stipulated in the Chemical Weapons Convention. Although Syria is admittedly not a signatory, it has nonetheless sparked international calls for intervention, despite the fact that the origin of the weapons has not been identified conclusively.

Syrian allies such as Russia and China do not believe Assad is to blame and have persistently blocked calls for intervention or action against Syria. Notwithstanding that, the United Nations as the arbiter for the international community has called for less aggressive and more diplomatic negotiation to overcome the conflict. However, the speed with which this method will achieve the end of this brutal war has been called into question.

Is the UN up for the job?

As the UN’s most powerful body with the task of the maintenance of international peace and security, the United Nations Security Council are at the forefront of the mission to direct the diplomatic process in Syria. The road however has not been smooth, revealing the infighting and divisions that plague the Security Council, which has notably caused the resignation of former UN–Arab League Special Rep- resentative for Syria, Kofi Annan, who stated, “when the Syrian people desperately need action, there continues to be finger-pointing and name-calling in the Security Council”.

The Security Council’s weaknesses stem from its inherently imbalanced composition, consisting of five permanent members, UK, US, China, Russia and France, all who have veto powers and 10 non- permanent members. Inevitably, a powerful nation wielding a veto power, coupled with their own vested political interests, can only result in the situation at hand; the inability to reach unanimous decisions on politically contentious affairs. The Security Coun- cil have been forced to realise that “where there is no willingness to compromise, negotiations invariably end in failure”, with renewed talks of Security Coun- cil reform proposed by General Assembly President John Ashe.

Russia, Syria’s main arms supplier, as well as fellow ally China, have already vetoed three resolutions set to condemn President al-Assad’s government and threaten it with UN sanctions. The rationale behind the relentless blocking of resolutions by the two nations was scuppered by Syrian use of chemical weapons, contrary to international law norms. This illegal attack provided the final straw for the other Council members, who began talks of military intervention, with or without Security Council support.

The 21 August chemical weapons attack in the Syrian city of Damascus triggered an international outcry. Scenes of children in a fixated state, eyes glazed over, gasping for air, signified the turning point in the two year conflict in which the US, UK and French governments swiftly called for punitive military ac- tion to serve as a punishment to the Assad govern- ment for its violation of customary international law and a deterrent to other nations considering the use of such weapons, even though it probably won’t end the suffering, end the conflict or even hurt Assad in a significant way. The momentum for military response shifted when the UK parliament voted against military intervention, however the US position is clear; it does not believe that Russia should be the ultimate arbiter of international law, and that if the Security Council refuses to act, it will do so on its own. The UN faces continuous pressure to act definitively and with haste as the situation worsens, with surprising support from Arab League foreign ministers urging the international community and the United Nations to take deterrent action against the Syrian regime. The political pressure is somewhat hindered by the legal restraints within Article 2(4) of the UN Charter, which bars the use of force outside the authorisation of the Security Council, absent of a self-defence rationale. Thus the legality of the US proposed military inter- vention is questioned.

UN leaders repeatedly exhaust the precept that ‘individual actions or interventions will not resolve the crisis’. However in practical terms, as a sovereign nation, the US has the inherent right to use force to defend its national interests and state practice reveals that the US has no qualms in taking action without securing the approval of other international actors, where it sees fit. The question there- fore remains, should international law obligations be adhered to in an absolute sense or does such a crisis constitute a moment of global moral responsibility which ought to trump an international legal framework which has shown itself over the past few years to be paralysed by indecision and disagreement? As President Obama put it, can sovereignty ‘…be a shield for tyrants to commit wanton mur- der, or an excuse for the international community to turn a blind eye to slaughter’?

Or alternative does a crisis of such large, on-going and complex scale requires an international, diplomatic solution? The limited purpose of punishing Assad will not result in success, but further blood- shed and present a divided international commu- nity. ‘The only solution to the humanitarian crisis is a political solution to the crisis’ as quaintly put by UN special envoy to Syria, Lakhdar Brahimi, and the UN must seek to build the broadest possible coali- tion that is diplomatically, militarily, politically, and morally prudent.

In a surprising turn of events, Obama’s hard-line proposal catalysed the first legally binding action by the UN Security Council, resulting in a resolution to remove chemical weapons from Syria. Obama’s willingness to threaten limited force outside the Se- curity Council framework finally pushed Russia to allow the UN system to function as it was designed, breaking a two and a half year deadlock in the UN over the conflict. The US-Russian deal was enshrined in a unanimous Security Council Resolution, placing the mandate back under the international legal framework, reasserting UN legitimacy and putting US plans of military strike on hold. The resolution demands that Syria abandons its weapons stockpile and that chemical weapons experts be given unfet- tered access to investigate. An investigation carried out by UN inspectors in Syria has determined that chemical weapons were in fact used on a large scale but has failed to place blame, as the scope of the resolution allowed for a technical inspection rather than a criminal one, although strong indicators as to the type of weapons used point definitively to Syr- ian government forces.

Despite its argued lack of political momentum, the UN’s humanitarian response has been at the forefront of the efforts since the outbreak war. As the first UN body to react, the Human Rights Coun- cil hastily appointed the Commission of Inquiry in 2011 to investigate all alleged violations of inter- national human rights law in Syria, ensuring that the perpetrators of violations are held accountable with a clear message to the Assad regime to ‘stop the targeting of and indiscriminate attacks against protected civilians’. The Commission of Inquiry has managed to gather substantial evidence to be used in future legal proceedings and its avid efforts to make the Assad regime answerable for its damna- ble use of chemical weapons, has prompted larger diplomatic efforts and has galvanized discussions to move towards a negotiated settlement of the crisis.

Throughout the course of the Syrian civil war, the United Nations and indeed the international law framework has seen itself marginalised, watching pitifully from the side lines as the ‘US versus Assad and Russia’ game has been played out. Watching Russia repeatedly block resolutions and causing the US to subvert international law, was at certain moments, embarrassingly undermining, yet the strength of the UN’s founding principles prevent it from ever being relegated in its own game, diminish- ing the proxy wars by providing peaceable solutions that no nation could have arrived at independently whilst single-handedly leading the humanitarian ef- fort. Talks of a Geneva II peace conference are under- way and although the end to the Syrian crisis seems a long way off, the framework of the international community has made the end all the more tenable.