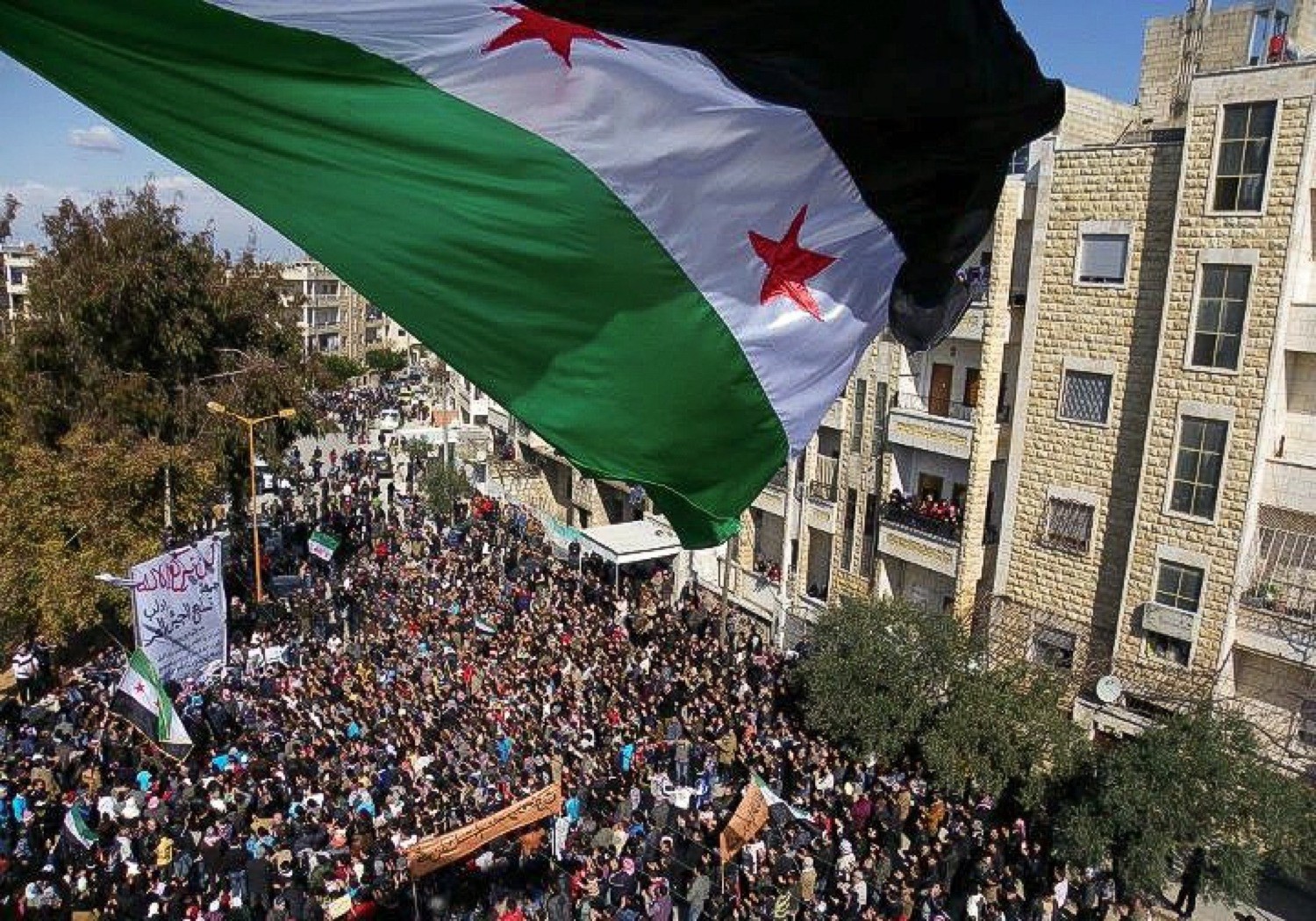 On April 24th 2004 the best chance Cyprus had of reunification was lost. United Nations (UN) Secretary General Kofi Annan’s referendum for the reunification of the island, and thus joint accession to the EU, was ripped to shreds. 76% of Greek Cypriots voted against the proposal, after a calling from Greek Cypriot leaders to reject the proposal. Conversely 65% of Turkish Cypriots voted for the proposal, against the wishes of Rauf Denktas, the Turkish Cypriot leader at the time. The gravity of the ‘Cyprus Problem’ is, however, little known to those who do not have a vested interest in it, yet the implications in international law and international politics are not only fascinating but also shocking and ridiculous.

It is somewhat of a novelty to have grown up in a non-existent country. Well, to be more specific, the Turkish Republic of Northern Cyprus (an ‘occupied territory of the Republic of Cyprus’) which is not recognised in international law. It makes for a bit of a mouthful when I am asked where I am from and I find the phrase rather vexing. The island itself is beauti- ful but quite literally scarred by war, the scar taking the form of the ‘Green Line’ a heavy militarised UN controlled border running the length of the island, making Cyprus the only country in the world with a divided capital.

In a nutshell, the tragic history of Cyprus that lead to the current political stalemate and its repercussions is as follows: Cyprus is home to both Turkish and Greek Cypriots Unified who declared independence from British rule in 1960. After just 3 years, governed by a constitution in which governmental posts were apportioned to an agreed ratio for both communities, tensions arose resulting in a deadlock within the government. On 30 November 1963, Greek Cypriot President Makarios legalised 13 amendments to the Constitution, through which the Turkish status as co-founders of the state was demoted to minority status. The ruling of the Su- preme Constitutional Court of Cyprus which found the amendments to be illegal had no effect.

Express policy to remove Turkish Cypriots from government soon emerged in the form of the ‘Akritas plan’ in 1963. The Akritas plan was pro “Enosis” (Un- ion with Greece) and stated that were Turkish Cyp- riots to object they would be “violently subjugated before foreign powers could intervene”. Inter-com- munal violence shortly broke out, notably lead by Ethnikí Orgánosis Kipriakoú Agónos (EOKA), a Greek Cypriot nationalist group. Whilst numerous acts of retaliation were carried out by Türk Mukavemet Teşkilatı (TMT), a Turkish resistance group, pushing for ‘Taksim’ (a partition of the island) it is rarely debated that the victims of this violence were pre- dominantly Turkish Cypriot. After only a few months of conflict and following widespread looting of Turk- ish Cypriot villages, twenty thousand refugees had retreated into armed enclaves, relying on supplies from Turkey. This formed the foundations of the Turkish Republic of Northern Cyprus (TRNC) which first emerged at the Turkish Cypriot Provincial Ad- ministration on 28 December 1967.

Amidst the bedlam that had taken hold of Cyprus, President Makarios was overthrown in a coup d’etat on 15 July 1974 and coup leader Nikos Sampson de- clared the establishment of the ‘Hellenic Republic of Cyprus’. Turkey invaded the island on 20 July claim- ing that under the 1960 Treaty of Guarantee, the coup gave them grounds to intervene for the pro- tection of Turkish Cypriots. Turkey took over 37% of the island, with Greek Cypriots fleeing to the South of the island and Turkish Cypriots flocking to safety in the North. In 1975 the North declared itself as the Turkish Federated State of Cyprus. This was rejected by both the Republic of Cyprus and by the UN alike. Peace negotiations repeatedly failed and on the 15 November 1983 the Turkish Republic of Northern Cyprus was declared, which was once again rejected by both the Republic of Cyprus and the UN. Peace talks addressing the ‘Cyprus Problem’ continue to- day but have been undermined by Cyprus’ accession to the EU.

Why is the TRNC not a state?

Under the ambit of International Law our first point of reference can be found in the Montevideo Con- vention in 1933 which sets out criteria for statehood; a permanent population, a defined territory, a gov- ernment and capacity to enter relations with other states. Northern Cyprus seemingly meets these re- quirements. However, international legal personality will not be bestowed upon a state if it is dependent on another state. Sir Hersch Lauterpatch proposed that “a satellite of another state…would not be ful- filling the primary condition for independence.” The vicious circle that non-recognition inflicts means Northern Cyprus is diplomatically and economically isolated; dependent on Turkey for financial aid, tour- ism, labour force and governance support. Recognition by other states and bodies is also a necessary supplement to the Montevideo criteria. However, in 1983 the United Nations Security Council “deplored the purported secession of part of the Republic of Cyprus” and “called upon all states not to recognise any Cypriot state other than the Republic of Cyprus.”

The result is a frustrated state trapped in limbo, with citizens holding passports with no credentials. It has become a haven for fugitives as countries including the UK have no extradition treaties with the state. The on-going tension between Greek Cypriots and Turkey is undeniable, to the extent that Turkish delight is rebranded in Cyprus as ‘Cypriot delight’!

I know many Greek Cypriots who have not been back to their family homes following the opening of border crossings as they are unwilling to show their passports in their own country. The same can be said of Turkish Cypriots, although there remains a strong culture of anti-Turkish propaganda on the Greek side of the island. For example, Nationalism and Propaganda are very apparent in schools and fuel ignorant rumours among young Cypriots.

The social implications of uplifting an entire coun- try’s population and dividing ethnicities to separate sides of a border have been momentous, notably in property disputes. The disastrous consequences of implementing different land exchange programmes in 1974 was made apparent in the recent case of Apostolides v Orams (2009) in which the European Court ruled the original Greek Cypriot landowner retained the property rights he had in the North before being forced away by the Turkish occupation. The ramifications of this decision are yet to be seen for property owners of previously owned Greek Cyp- riot land in the TRNC.

“The Cyprus Problem” is most certainly a complicat- ed one and it is difficult to conclude as to whether reunification will ever take place. The public eye turned once again to Cyprus following the unprec- edented levy on bank deposits in the Republic of Cyprus earlier this year and much was made in the North of BBC coverage in the TRNC. It is unlikely that the Greek Cypriot community will take any immediate, drastic steps towards settlement under present conditions and the burden falls upon Turkey to ad- dress the issue if it is to accede to the EU. Independence for the TRNC seems to be the most viable solution to ‘The Cyprus Problem’, however, until the international community decides to recognise the issues at hand; work cannot be started on a viable solution.