This is part two of a two-part article. The first was published on 31st October.

Problems with the ‘Failed State’ Paradigm

As considered previously, the problems pertaining to a singular ‘catch-all definition’ of ‘state failure’ arise partly from confusion over specific classification and personal preconceptions. However, the problems with a single definition run far deeper than simply confusion over words and interpretations. As Call has systematically illustrated, the entire ‘failed state’ paradigm is jeopardised as a consequence of a single definition, and his arguments are presented here.

When we produce a definition of a ‘failed state’, we must necessarily place all the states we consider ‘failures’ under such an umbrella. This leads to such an excessive aggregation of so many diverse states that the concept itself is arguably rendered meaningless. If there are a number of different interpretations of ‘failure’, namely security, capacity and legitimacy, the definition cannot be too narrow through fear of excluding states. For example, if we were to focus solely on security as a yardstick, the definition might cover Somalia and East Timon, but we cannot catch, as a comparison, North Korea within that classification.

Conversely, in implementing a broader definition, the only commonality we will find is that the states face some form of challenge, with the challenges they face varying wildly. If we seek to help states conquer the challenges that they face, a definition that simply recognises that they are ‘challenged’ does not aid us in identifying and solving their problems, rendering the entire concept of ‘failure’ meaningless. This notion that a definition is necessary not only in identifying challenged states but also in resolving their problems is fundamentally crucial. If we cannot define and delimit a problem properly, we cannot solve it effectively.

As mentioned, ‘failure’ has often been judged with regard to state security. This has led to ‘cookie-cutter’ prescriptions for ‘stronger states’ in policy-making. In essence, increasing the security capacity of a state by training police and the army, where a state has a generally legitimate government but issues with internal security, seems like a generally sensible prescription. However, the same prescription can be actively devastating for the citizens of a state where it is the government that is illegitimate and hostile and who will use such enhanced security to repress the people further. If we are to face the reality that different states face different problems, a single conception of ‘state failure’ prescribing a single cure cannot help us into truly aiding states.

Finally, if we are to admit that our concept of ‘state failure’ will bring with it our prejudices of what ‘failure’ is, we must also admit that, conversely, our concept will carry our preconceptions of what ‘successful’ is. And that picture will almost always be ‘Western’. There are two significant problems here. The first is that, if we view states and load our definition with a Western bias, we risk regarding a state that simply operates differently from Western states as a ‘failure’. More pressingly, however, is that this Western bias reveals the devastating damage that the ‘failed state’ paradigm can cause. If we continue with the paternalistic assumption that a state is a ‘failure’ because it does not look like the US or the UK, then our prescription for aiding these troubled states will invariably be to make them operate in a manner which is ‘more Western’. This assumes that ‘West is Best’ when there is clearly no grounding for such a general claim, and more importantly, imposes a regime that might either be alien to the people, or something they actively do not want.

If we are therefore, as I suggest, to abandon the concept of a ‘failed state’, yet ‘failure’ as a notion still exists, what should we turn to instead?

Call in his later work, develops a ‘gap-based’ paradigm where the challenges that the state in question faces are categorised into three gaps. These are the capacity gap, where the institutions of a state are incapable of delivering minimal public goods and services to the population, the security gap, where states do not provide minimal levels of security in the face of organized armed groups, and the legitimacy gap, where a significant portion of its political elites and society reject the rules regulating the exercise of power and the accumulation and distribution of wealth. 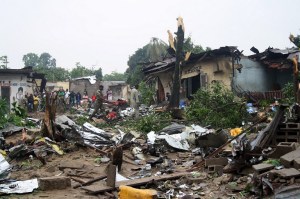 This model shifts the debate from stamping a state with a preconceived monolithic definition of ‘failure’, or ignoring other challenged states altogether, to analysing the unique challenges the state in question experiences with a view to developing a unique, bespoke approach to aiding that particular state.

Yet, if we adopt this model and recognise that a state has ‘gaps’ in its regime rather than being an abject failure, what do we call these states? I suggest terming them ‘transition states’. I have criticised the literature for using synonyms to ‘failure’ when those substitutes still carry preconceptions. The term ‘transition’ is entirely valueless and free from preconceptions. The meaning given to ‘transition’ will depend entirely upon the nature of the state in question, on its current situation and where it wants to get to; it can apply as equally to a state transitioning from a communist to capitalist economy, as to a state transitioning from a dictatorship to a democracy.

I hope that this redefinition goes some way to recalibrating our concept of ‘state failure’ so that we can develop effective and meaningful ways of supporting transition states.