Since the year-long Leveson Inquiry, many of us have been feeling fatigued by news stories featuring journalists, phone records and privacy issues. We have heard all the arguments on both sides. We have followed, or refused to follow, every twist of the Brooks-Murdock rollercoaster. You would be forgiven for reading this headline and rolling your eyes. This time, however, the story is something quite different. We need to have a conversation about the confidentiality we give journalists themselves.

Under English law, such as the Police and Criminal Evidence Act (PACE) 1984, there is special protection afforded to the confidentiality of journalists’ sources. The argument, and it is a strong one, is that anything that undermines trust discourages whistleblowers and those who unearth sensitive information from reporting it. This then hinders the freedom of the press.

Recent revelations on the use of police powers under the Regulation of Investigatory Powers Act (RIPA) 2000 show that RIPA directly erodes this special protection. Under RIPA, police officers can request the phone records of any private citizen without judicial authorisation. In fact, over 100,000 requests are made under RIPA each year. One ironically anonymous phone company employee even told journalists that accessing a citizen’s phone records was as easy for police as using a cash machine.

The Metropolitan Police admitted last month that they had used RIPA to access the phone records of journalists working at ‘Mail on Sunday’ and ‘The Sun’ which allowed them to identify confidential sources. Due to the lack of transparency involved in RIPA requests, it is unknown just how many journalists have had their phone records accessed.

Since the revelation, there has been broad cross-party support for reform to RIPA to create an exemption for journalists. It has been presented as a simple matter of closing the loophole through extending the PACE exceptions to RIPA. Justice Minister Simon Hughes originally said that judicial approval would be needed to access journalists’ phone records. Liberal Democrats leader Nick Clegg and David Blunkett, Labour Home Secretary when RIPA was originally introduced, have also called for RIPA to match PACE.

Yet, in a recent House of Lords debate on the amendments, Baroness Williams announced that the government had decided against mandating judicial approval under RIPA. They instead opted for smaller changes to the application process which Lord Strasburger, who proposed the amendment, dismissed as ‘tweaking the code of practice.’

The sides are polarised and the debate seems set to continue. However both sides seem to be missing or deliberately ignoring the messy reality behind this situation. Pretending that there is some way of simply closing the loophole is to avoid the very real and complex problems in legislating data and privacy. For example, amongst widespread criticism of RIPA’s application to journalists, there has been little discussion of RIPA’s validity when applied to private citizens. Very few people are asking whether the police should be allowed to access phone records automatically without judicial intervention. 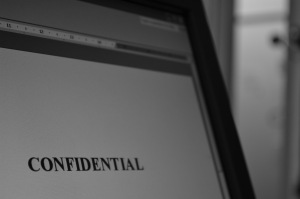 The sheer scale of RIPA requests is a problem which cannot be solved by simply making journalists’ phone records off-limits. There are severe implementation problems: how do we identify (without further intrusive investigation) which records are those of journalists? What happens if there are legitimate reasons to investigate a journalist for reasons other than tracing their confidential sources? And how is ‘journalist’ defined given the way social media has changed the way we discover news?

Even if we feel comfortable accepting a simple definition of what a ‘journalist’ is, proposals to restore the special protections afforded to journalists miss something fairly fundamental in the nature of phone metadata: it works both ways. Especially when considering corporate or political whistleblowing, where there are only a few people with access to the leaked information, there is nothing to stop police officers requesting the phone records of all likely sources and checking whether each one contacted the journalists concerned. The complete lack of oversight of the RIPA process, including a lack of transparency about which records have been accessed and why, makes it impossible to control abuses in the system.

RIPA reform must also be placed in an international context. Last year, Edward Snowden revealed the extent of the US government’s data collection under PRISM and the extent to which information collected by the US, the UK and other governments are shared. While information collected under mass surveillance operations such as PRISM are unlikely to end up in the hands of local police forces, this information still represents a major threat to the confidentiality of journalistic sources which the UK government is unable to deal with. RIPA reform would close a window and leave the door wide open.

There is a final problem with RIPA reform. Lord Strasburger’s apparently rejected proposals include an amendment to the Data Protection Act 1998. This would grant journalists a defence for unlawfully obtaining personal data in cases that are in the public interest, whilst another amendment increases the penalty for unlawfully obtaining personal data in non-public interest cases from a fine to a maximum of two years imprisonment.

These proposals are clearly not the simple closing of a loophole. They are politically complicated and demand further inspection. Firstly, it has to be asked whether there is any point amending the Data Protection Act, given the plans for an imminent EU Data Protection Regulation which will largely supplant it. More importantly, though, we revive the old controversy surrounding the Leveson Inquiry underneath the debate. We could never expect anything less from this story. It will always be, at heart, a question of whether and how much one ought to punish journalists for their own ‘misacquisition’ of personal information; of whether journalists ultimately hold the state accountable or the other way round. That debate, as we all know, is far from easy.